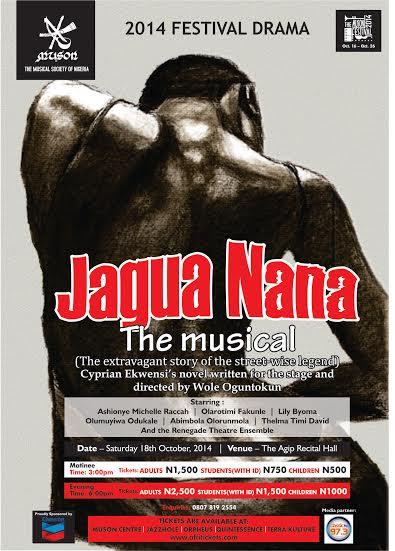 Adapted for the Stage & Directed By: Wole Oguntokun

Cyprian Ekwensi’s Jagua Nana is a tale of Lagos life in the early 1960s and of a woman caught between true love and the need to fend for herself by any means necessary. In it, Ekwensi skilfully depicts what survival in Nigerian cities entailed as well as the depths love can drive people to, depictions which remain relevant till date. Jagua’s father, a pastor in Enugu, desires his only daughter to marry quickly and produce children and initially, Jagua bows to her father’s demands. But she flees to Lagos after discovering that her husband is seeking a second wife as she is unable to bear children. In the city, she establishes a life for herself as the girlfriend of various men until love raises its head again and exposes her weaknesses. Wole Oguntokun, in this stage adaptation of Cyprian Ekwensi’s classic, paints an enduring image of a strong-hearted, intelligent but flawed woman.

Adapted for the Stage and Directed by – Wole Oguntokun